We are a transmedia project seeking the awareness of the dangers involved installing a Radioactive Waste Management site near our homes.

Neither flags nor initials that represent us, just us, people who believe in the culture and dissemination to sue wrongful situations.

Workers of all fields, pensioners and students. All united for an objective in common: to defend for a cleaner and sustainable future for our generation and the forthcoming. A future free of nuclear threat in Cuenca, Spain and all the World.

Our home, planet Earth, belongs to all and all are threatened. For your own sake, your families or your friends. We still have time to change it.

If you want to take part, get in touch with us – lafugaradiactiva@gmail.com

-One of the visual proposals of La Fuga.

We are immersed in the production of La Fuga, a short film showing the risks having a RWM near home, in which we are going to simulate what probably would happen if there were a leak, once functioning, within ten years.

Radioactive Waste disposal affects all of us. Promotors of nuclear energy should stop and re-capacitate until a better and less harmful solution is found. All the more since we have found a cleaner, renewable and eternal source of energy.

Photovoltaic energy is already modifying the Worlds energetic paradigm. With La Fuga we want to inform what is not known or said about, to get back at going over what is the energy we want for the future.

-One of the meetings which the project started with

La Fuga is basically informative and expect to reach as many people as possible. Because of that since the beginning we have wanted it to be a collaborative project in which everybody feels that they are taking part. We are a team with more than a hundred people and will not deny any further collaboration, proposals or contributions that are welcomed until the last day of filming and editing.

We have as well a set-piece planned, evacuating Cuenca, in which we summon all that doubt about the benevolence of nuclear energy and want renewable energies in the future ( from Cuenca, Castilla la Mancha, Spain and Europe ).

We want to reach not only people that promote renewable energy or have anti-nuclear disdain, as well as people that normally do not worry about these issues foreseen all the information. For this we will assist to national and international festivals and also try and make ourselves room in more traditional media like the television. And of course, share with all associations, foundations or collectives that wish to use to inform, illustrate or document about nuclear energy.

A Declaration for Social Energy

We, the members of the Panel for Social Energy:

We believe that our current energy model, based upon fossil fuels and nuclear energy, is dirty, inefficient and unsustainable, and that it’s urgent to change it so that we can face current and future human energy needs in a clean, economical and ecological way. We consider it necessary and urgent to establish a new energy system which can uphold a sustainable growth based upon renewable energy sources.

We reject the creation of a nuclear waste repository (ATC) which will extend the life of outdated nuclear power plants, a measure that will unnecesarily increase dramatically the risk of  accidents whose consequences would be irreparable, and that will increase, too, the amount of radioactive waste, the management of which will have huge costs in the future.

We demand the end of extensions to the operationg life of nuclear power plants and we ask Parliament for a calendar of the closing-down of the plants which will bring to an end the nuclear menace in our country.

In the dawn of a new world energy paradigm we don’t want to be subject to a centralized energy oligopoly which raises the price of energy at will and forces us to pay expensive and unintelligible electricity and gas bills. We demand the immediate cessation of the “tax on the sun” and the improvement of conditions for the exploitation of a natural resource that’s so abundant in Spain, so that all can have acces to a renewable, clean, democratic and social energy.

We want a future in which the perpetual expenses due to the management of radioactive waste are not laid upon society as a whole. A near and necessary future in which the revenue from an efficient, economical and renewable energy system are redistributed, so that its profits are used for the common good and for social energy: sustainable investments, local economies, the recovery of rural life, the naturalization of cities, the support of scientific research, cultural development, an improvement of education and the conservation of the ecology. 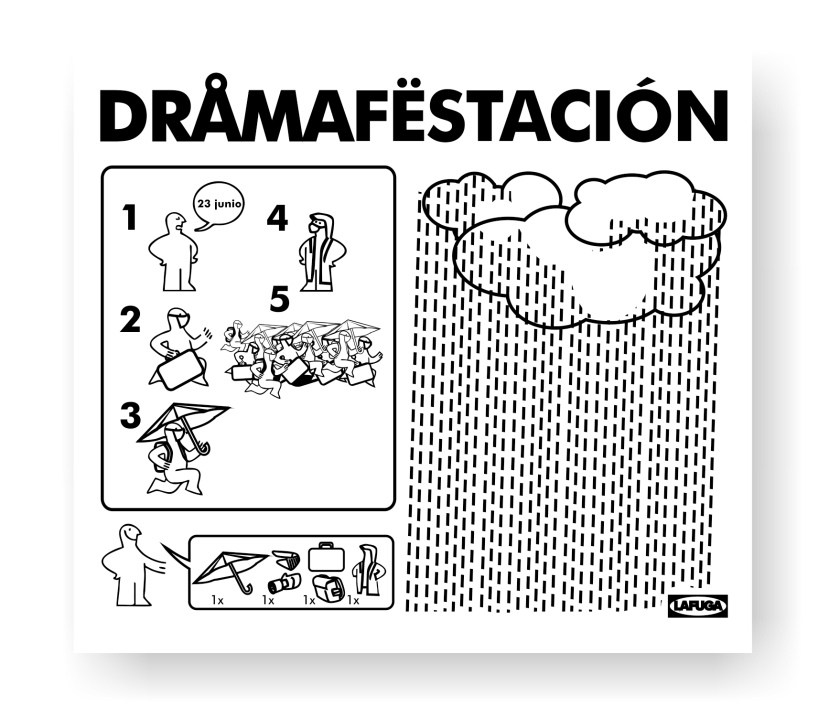 For all this, we subscribe publicly and we endeavour to divulge this proposal on the 23rd day of June, 2018, in the city of Cuenca (Spain), on the Day of the Great Evacuation (The Leak),  for the knowledge of all Spaniards and Europeans who want a world propelled by social energy.